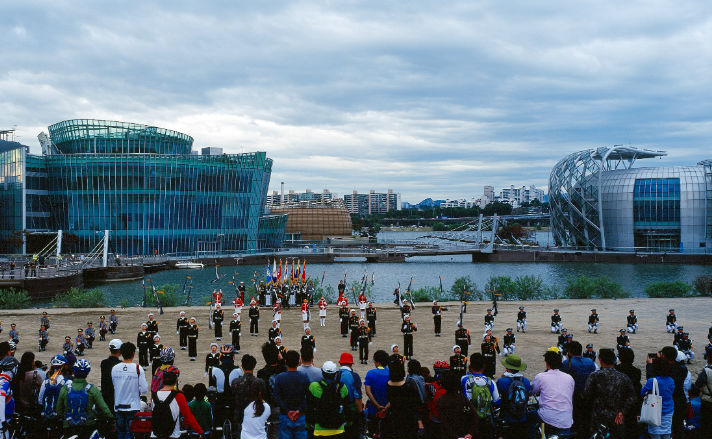 The ‘Armed Forced Day Again’ in celebration of the 65th anniversary of the founding of the armed forces and KBS Open Concert was held on October 6, 2013 at the Banpo Hangang Park.

There were many events held on the banks of the Han River around ‘some sevit’, such as tactical maneuvers of the helicopter, demonstrations of special warfare on the surface of the water, outfitting and martial arts, exhibits of action agents, and experience programs. It was a great opportunity for the public to become more familiar with the vital role fulfilled by the army.